In September of 2016, the Big Lake Police Department committed to moving forward with a Canine Program. At this time a fundraising effort was undertaken, with a goal of reaching $51,250 for the acquisition of a police canine, training, vehicle, and equipment. We had an unbelievable response to this effort, generating more than our target budget in less than 3 months. The two main focuses of the Big Lake Police Department Canine Program are outlined below:

Our region, and state for that matter, are seeing a dramatic increase in the use and possession of narcotics such as methamphetamine and heroin. Having these activities occurring in our community can quickly erode neighborhoods, and quality of life for our residents. A police canine is highly effective at locating narcotics where officers cannot. Research has also shown their mere presence to have a deterrent effect.

A police canine is the ultimate ambassador to a police department, they are the star of the show at any gathering which they attend, and form an outstanding bridge to the department with our community.

Canine Ranger is a German Shepard Belgian Malinois Cross who arrived from the Slovakia Republic (Europe in January of 2023. Officer Tyler Hecht was selected to fill the role of our new canine handler. Officer Hecht and Ranger will begin Detector Dog Training soon!

Canine Bruno was a German Shepard Belgian Malinois Cross who arrived from the Slovakia Republic (Europe) in November of 2016. The name Bruno is a Germanic word meaning "shield or armor." In June of 2019, Officer Guy Chaffee was selected to fill the role of canine handler and shortly after they graduated Detector Dog Training in July of 2019. 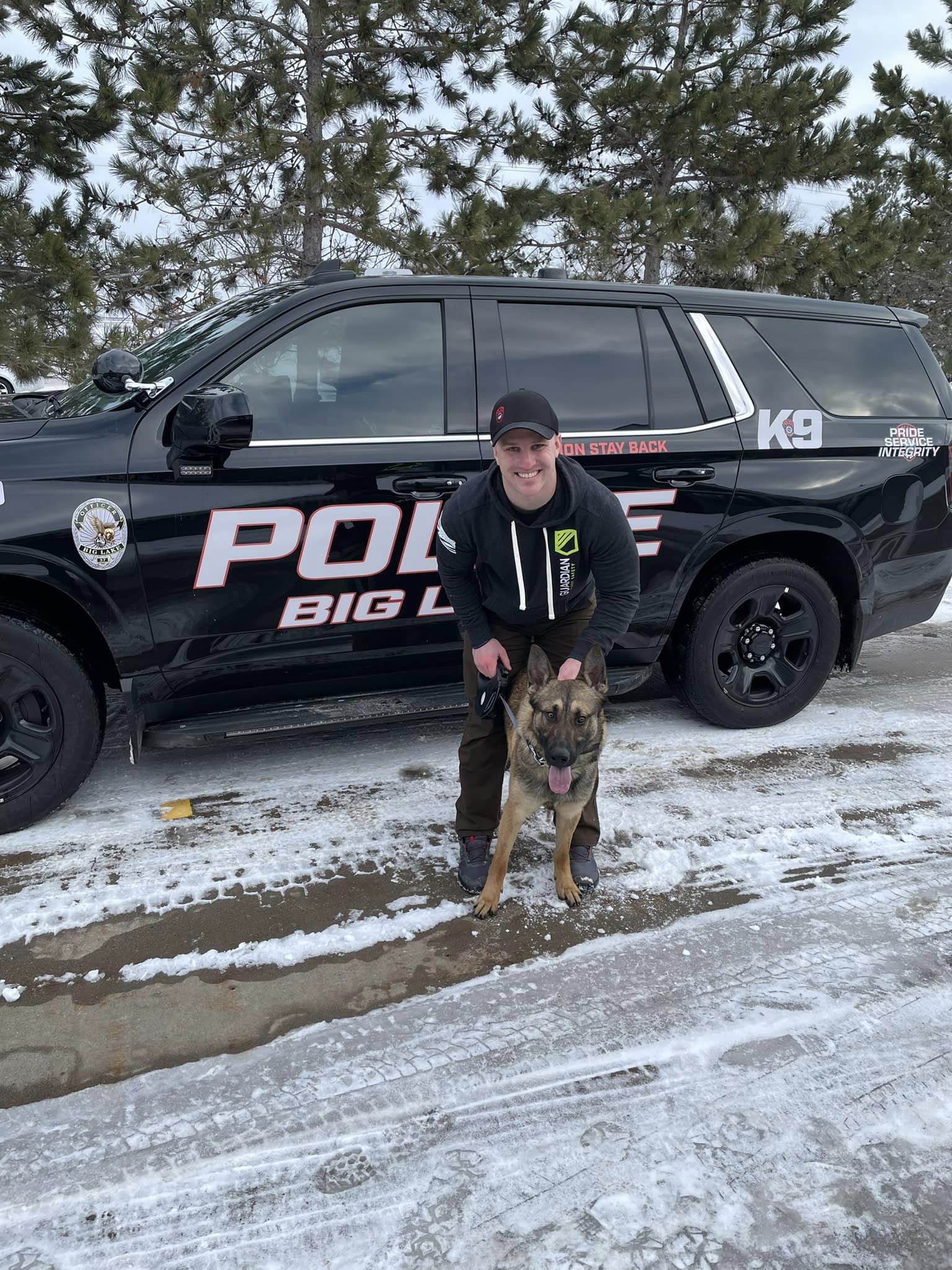 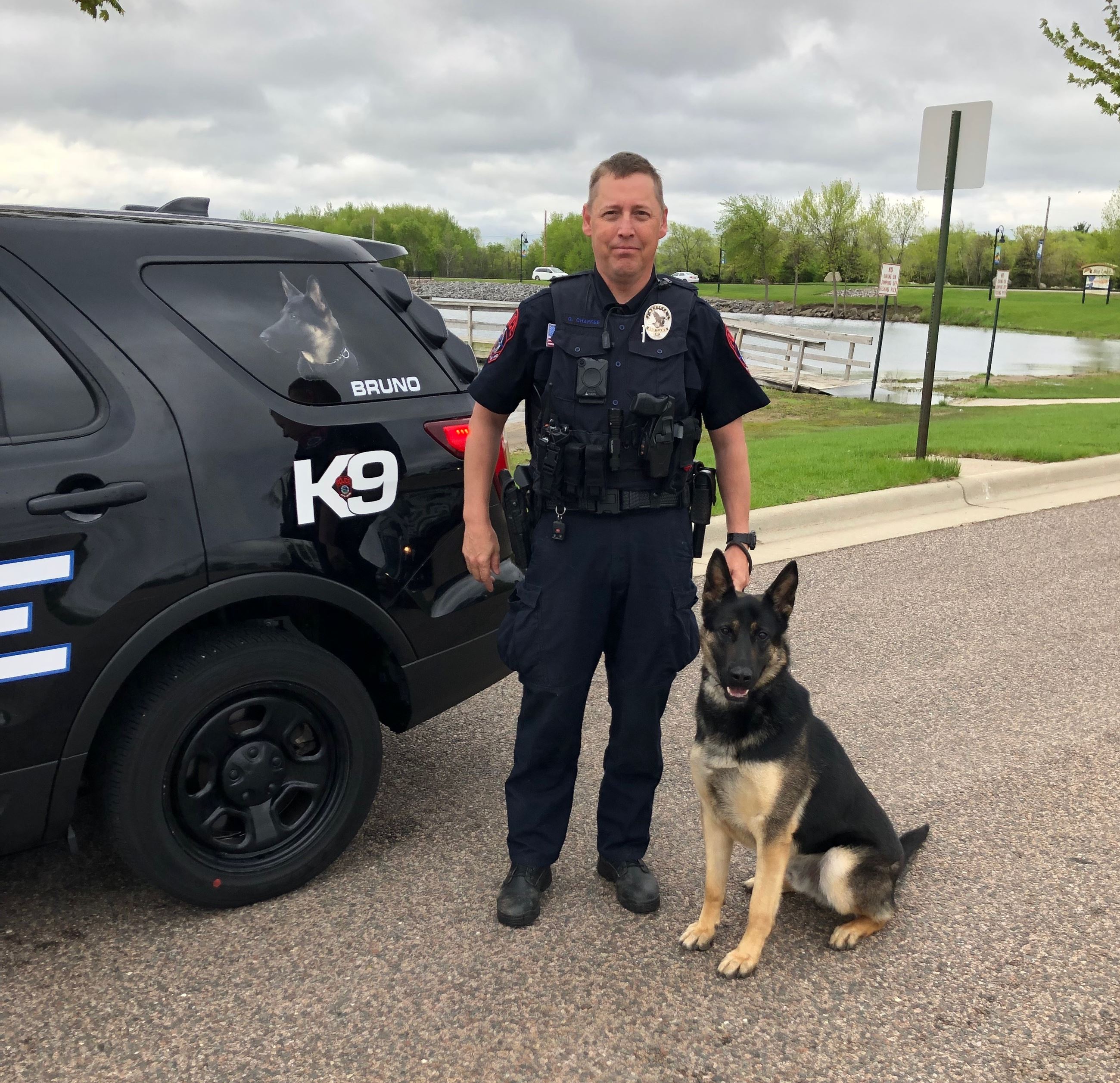