Big Lake Police Department has recognized the need for specialized police patrol to access many of the areas of our community that are not accessible by patrol car, including our 19 City Parks and 20 miles of bike trails. It was at this time the ATV Patrol Unit was formed, and began utilizing an all terrain vehicle for patrols as a tool to:

The ATV Patrol Unit is now a formal part of Support Services, undertaken by our Community Service Officer. In the time he has been patrolling the streets and trails of Big Lake, the ATV Patrol Unit has proven to be an effective policing tool for the City and its citizens. Our ATV Patrol Unit utilize a Polaris Ranger, specially equipped for police duty use.

ATV Patrol is also part of the Big Lake Police Department's Community Policing Initiative. Officers find policing on an ATV has enabled them to interact more closely with citizens allowing them: to be better informed as to what problems exist in a particular neighborhood to address these problems and make neighborhoods in our community safer places to live. 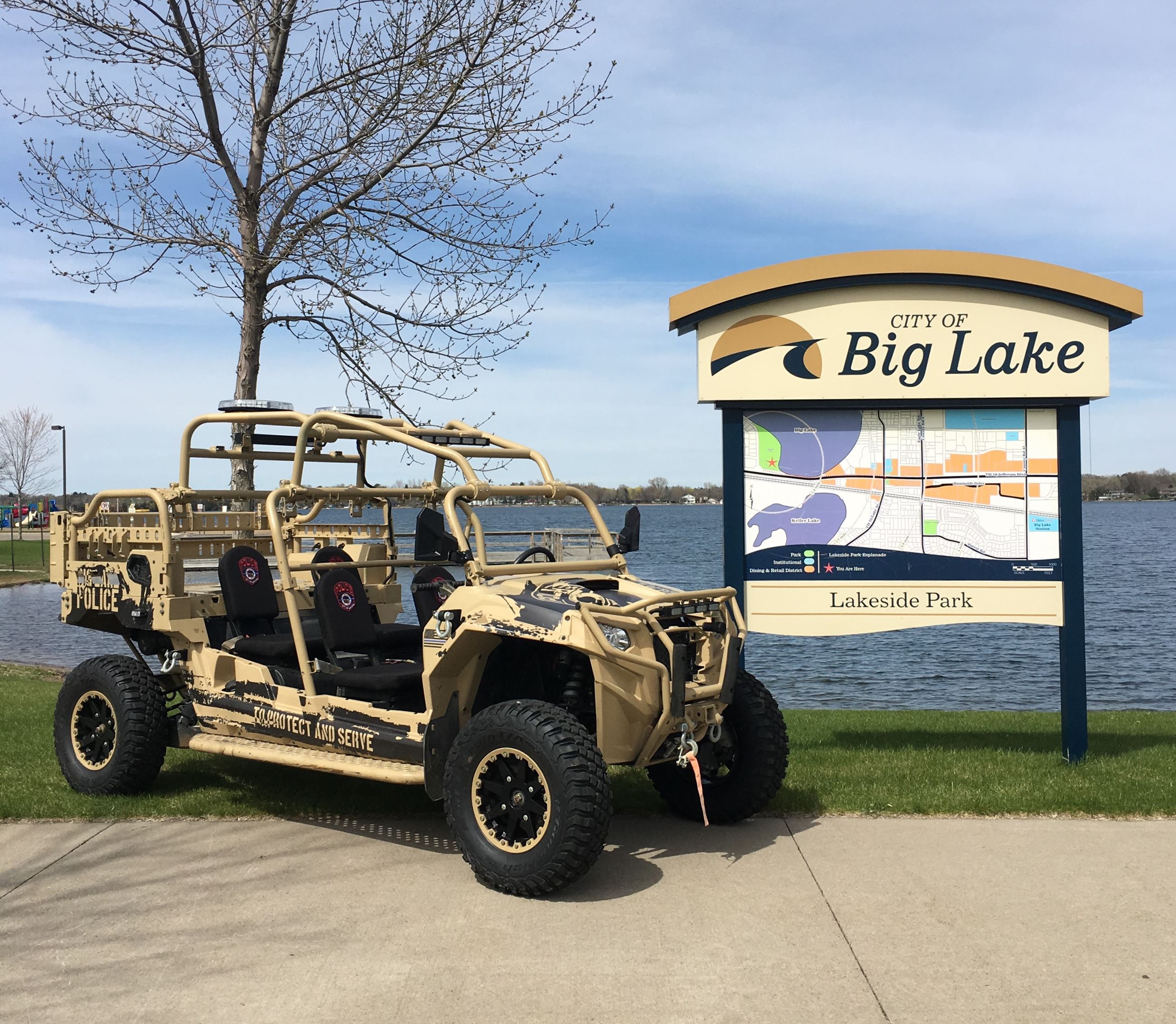